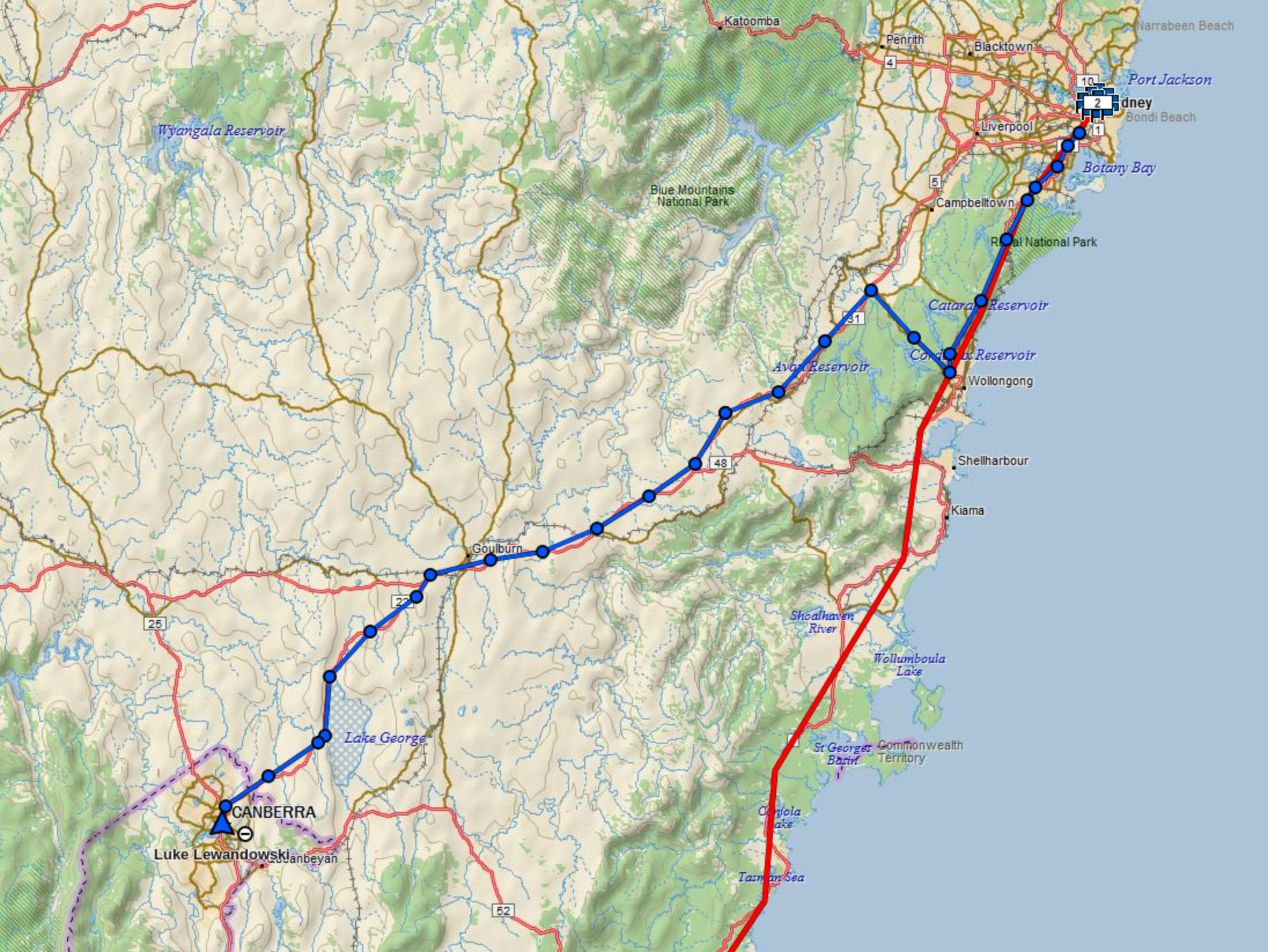 The original plan was go follow the coast with a first stop somewhere around Bega. However, due to pretty bad weather (windy!!!) and bad bush fires I had to take a slight detour through Canberra.

It was probably for the best as I managed to catch up with an old friend that I have not seen for years.

The trip down to Canberra was probably one of the worst I have had ever on the motorcycle. I had to pull over 3 times for a change of clothing. It was extremely windy and raining at times.

Gusts of wind from every direction – I felt like a rag doll being thrown around. At the end I made it but it did take a lot of the day. 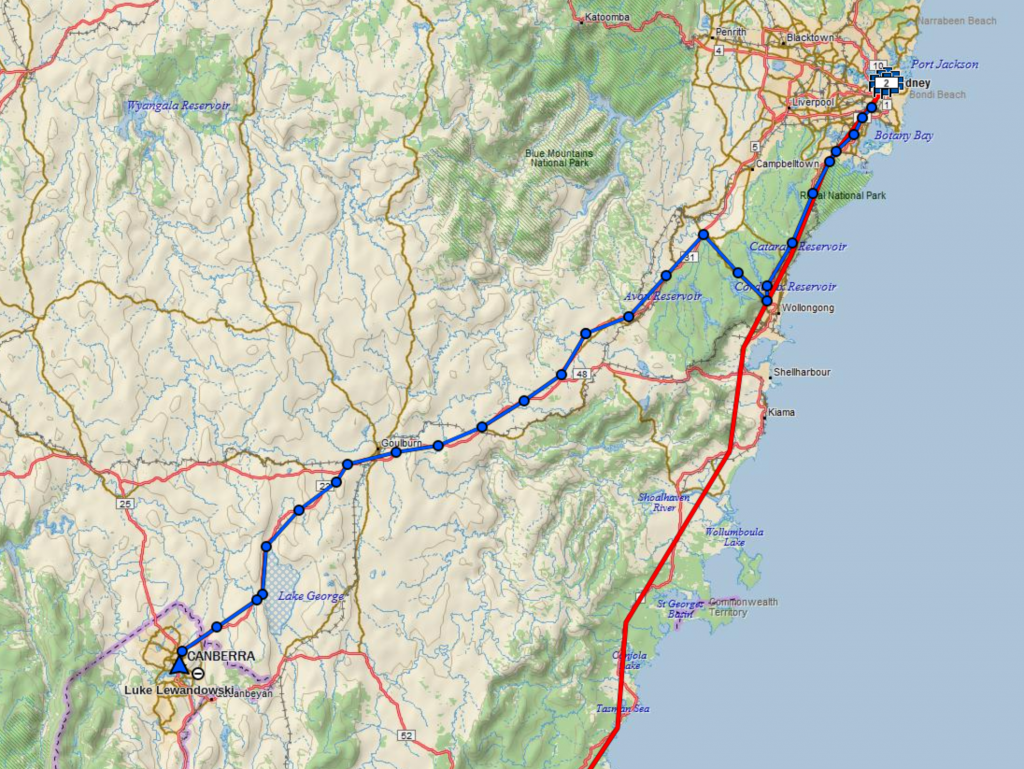