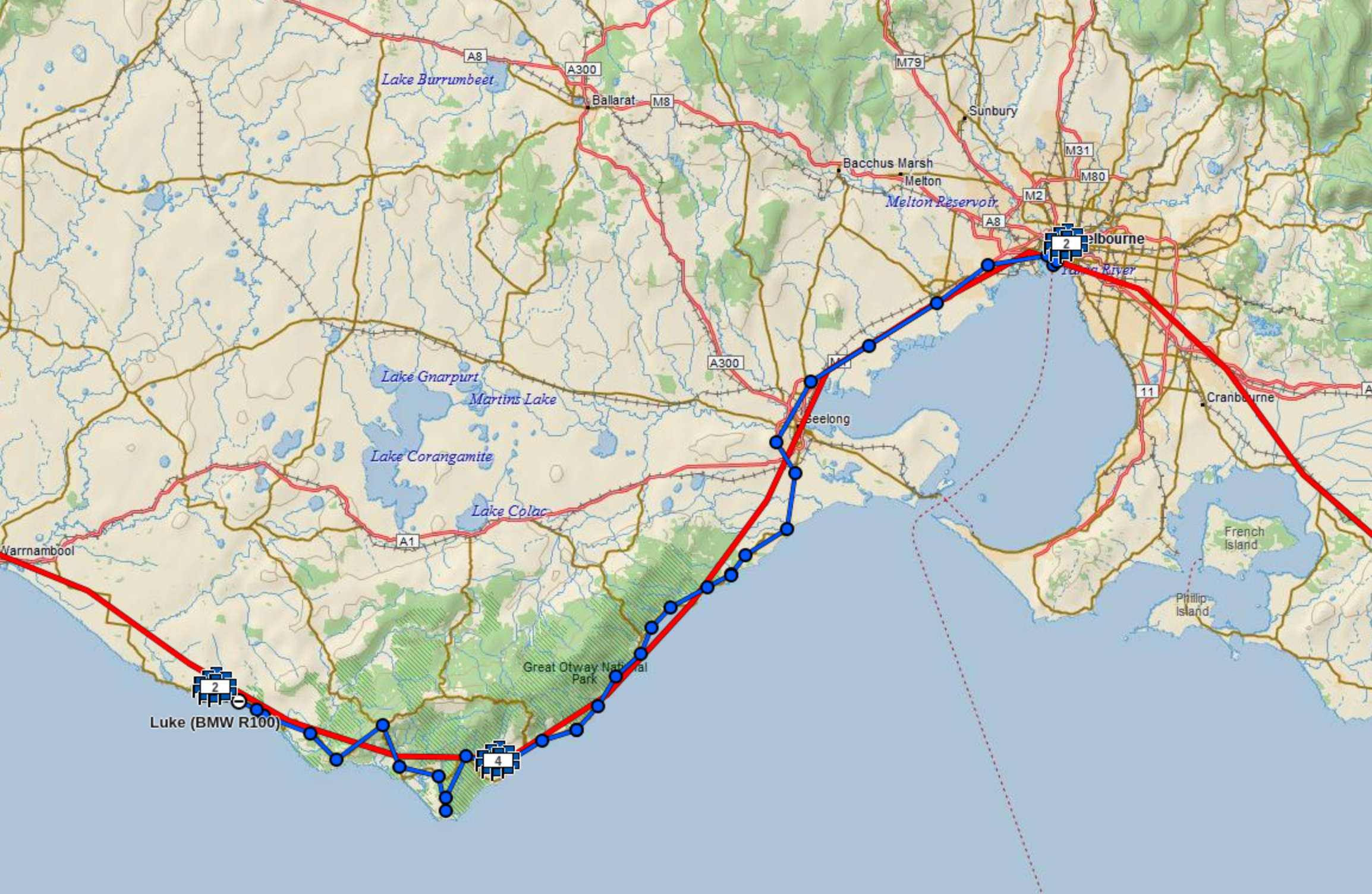 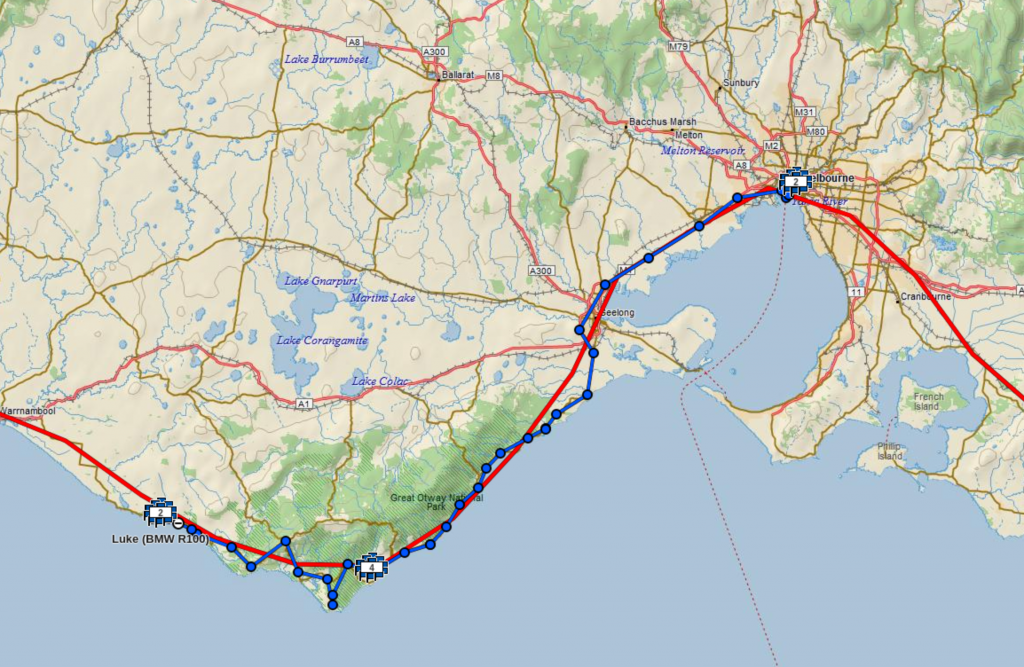 So, overnight trip on Spirit Of Tasmania back to Melbourne. I thought I could save some coin by going on recliners – kind of like my dad’s lazy boy – except it has USB and normal power plug.

I mean is it really worth paying extra $40 or so for a dorm room on a boat – YES IT IS. Not so much because of the sleep – but purely for having access to shower in the morning to reset and be ready to go again.

Anyway, not what I did – no point crying over split milk. I slept on recliner and washed up in the bathroom and was almost as good as shower.

My goal was to leave Melbourne as quickly as possible and get to the Great Ocean Road that I have heard so much about.

Oh my, what a disappointment that was – and I mean it from a motorcyclist point of view. It was probably the most dangerous part of my trip and it wasn’t due to the road, twisties, speed or lack of signage. It was due to tourists not knowing how to drive, many touring buses, people walking into a road to try and get the best selfie stick photo. I caught couple of cars drifting off to the other side of the road, suddenly stopping or slowing down to 30km/h while trying to spot a koala (at 80km zone).

What I did find is that my headlight stopped working again. Light bulb again? What could it be? Kept my head occupied for at least couple of hours.

It was awful. At the end of it all I was glad I reached my destination never to return again because for motorcyclist – if you want a good ride. This ain’t it.

Good I guess for local tourist as there were buses and buses coming through the towns of people.

I eventually got to my final destination “Sow and Piglets Brewery Co” which as I have later found out – “Saw and piglets” was the original name for the 12 apostles (which btw. there are only 7).

It seems that I hit the quiet night as I’m the only person in the massive place in dorms. I can literally sleep in different bed every 30 min. I love it, local business probably hates it. At least I got to catch up with my blog and do my washing!

Anyway, it was time to finally tackle the issue with headlight not working. Fingers crossed it is not something serious like high voltage or amperage blowing the bulb or some random wiring room silliness.

Well, bulb was fine. What it ended up being (entirely my fault) is the spade connectors! I installed a switch so that I can switch the headlight off – e.g. when I’m starting a bike in the morning so that the full power is dedicated to the starter. Well it turns out that the spade connectors got all loose and caused headlight to get/not get power.

Ended up having to remove all them and just doing good old cable twist with some insulation tape. Problem solved – for now. (when I get home those will be soldered permanently together with shrink around it).

Beer is fantastic though and so was the hospitality from the bar person (owner?). Amazing German beer on tap made just in the next room. This alone is probably the only reason I would force myself to ride through this agony of tourist buses and idiots behind wheels. Who knows – maybe I will stay here another night?